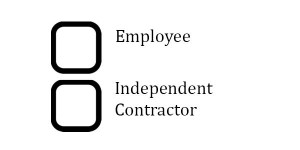 The Sharing Economy – What Is an Independent Contractor?

In the new and emerging sharing economy, where goods and services are exchanged through peer-to-peer networks, many companies have sprung up to help facilitate this peer-to-peer sharing.  Despite the advantages of a sharing economy, such as reducing waste, saving money and more choices for consumer, a number of legal issues have arisen. One such issue is how sharing economy companies, such as Uber, utilize and classify “workers.”

A company has two main ways it may choose to classify its workers, either as an employee or independent contractor. Under the law of most jurisdictions, including Michigan, the more control an employer has over how its workers accomplish their job duties, the more likely they’ll be considered an employee.

How a worker is classified can be very important since it often dictates what legal protections the worker has and how much money the worker will cost the employer. Some of our later blog articles will discuss the distinction between employees and independent contractors and what it means for companies. However, we will first define what constitutes an independent contractor.

It’s hard to provide a precise definition of an independent contractor, but in essence, it’s a worker who provides services to another under the terms of a contract on a non-regular basis. The law decides how a worker should be classified by the actual work relationship between the employer and worker, not solely on how the employer chooses to classify its workers. The law is more likely to determine a worker is an independent contractor if:

– The worker provides most or all of his or her own supplies, materials and/or equipment.

– The service provided by the worker is not an essential part of the employer’s business.

– The worker decides his or her business hours.

– The work relationship is temporary and not permanent.

– The employer is not likely to be liable if it suddenly decides not to work with the worker anymore.

– One caveat: If the employer lets the worker go in violation of the terms of a contract, the employer could still incur liability for breach of contract.

Let’s look at the notable sharing economy company, Uber, to see how the definition of independent contractor applies to them.

Uber claims its drivers are independent contractors because its drivers maintain a large degree of control over when they work. This driver flexibility is essential to Uber’s business model of providing on-demand driver services to customers. But as we will show in later posts, this classification has run into significant challenges for Uber.

For additional information on what constitutes an independent contractor and to discuss how this will impact you or your business please contact us.