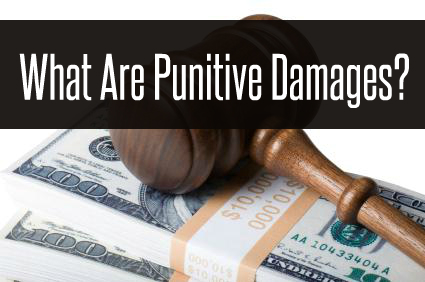 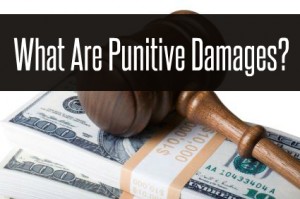 What Are Punitive Damages

You have probably heard the term “punitive damages” in the news, especially in connection with large civil lawsuits. But what exactly are punitive damages? Basically, punitive damages are civil damages intended to punish a party for egregious behavior. This is a stark deviation from the principle behind most court damage awards, which are intended to place an aggrieved party in the position that they would have been if a defendant had not interfered in some way.

In BMW of North America v. Gore, the United States Supreme Court held that a punitive damages award of $4 million when there was only $4,000 in compensatory damages was excessively high, on the grounds that it violated the Due Process clause of the Constitution. 517 U.S. 559 (1996). The Court further reasoned that in deciding whether punitive damages violated the Due Process clause, three factors would be considered: (1) the reprehensibility of the conduct, (2) the ratio between the punitive damages and compensatory or actual damages, and (3) a comparison of the punitive damage award to any civil or criminal penalties that could be levied for similar conduct.

For additional information about civil litigation in the Michigan or North Carolina, please contact us.