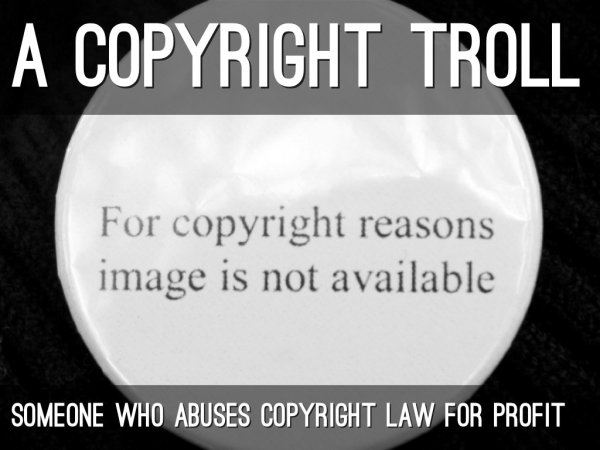 Some of you may have heard of the term “patent troll” within the context of patent rights. In case you haven’t, the generally accepted definition of a patent troll is: an individual or legal entity (such as a business) that attempts to obtain licensing fees or a legal settlement from an alleged patent infringer. What makes this behavior “trollish” is that the patent troll merely holds the patent and does not utilize it to manufacture or sell a product, yet attempts to collect licensing fees or a legal settlement for patent infringement. The troll also generally waits until an alleged infringement has taken place before attempting to collect licensing fees or litigation settlements.

Patent trolls differ from other patent owners who attempt to sue alleged infringers or obtain licensing fees in that the non-troll patent owners rely on the courts to protect their ability to profit from patents that are actually being used in a product or manufacturing process. Patent trolls on the other hand, make their money from lawsuits or the threat of long and drawn out litigation. This activity is not just limited to patents, but copyrights too.

What about trademark trolls, can they exist? They can, but they are nowhere near as common as patent trolls due to the fundamental nature of trademark protection – it must be actively used in conjunction with a product or service in order to be protected. This requirement would defeat the purpose being a troll, i.e. doing nothing with the intellectual property itself, but trying to profit from it.

For additional information about intellectual property rights, please contact us.